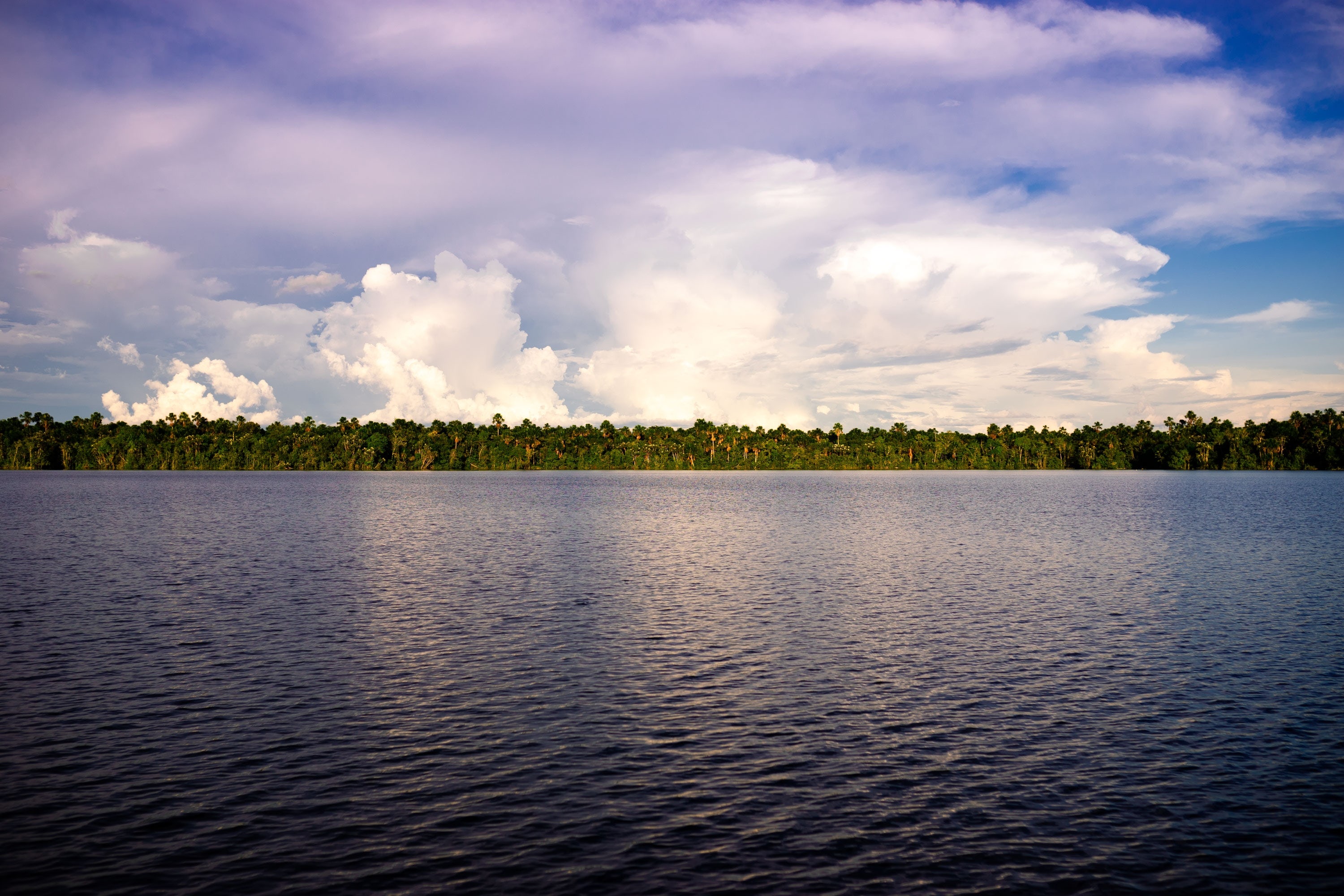 The Amazon contains over half of the planet’s remaining rainforest habitat. It is home to more living plants and animals than any other bioregion on Earth with one in 10 of the planet’s species found in an area covering just 1% of the total surface area.

The Amazon is directly responsible for:

The Amazon is only able to provide its vital ecosystem services if it remains structurally and functionally intact. We are currently destroying approximately 20,000 km2 of rainforest every year (2.3 km2/hour), an area roughly equivalent to the state of Maryland. Nearly 20% of the region’s area has been destroyed in the last 40 years with significant effects.

In 2005, for the first time, the Amazon became a carbon source rather than a carbon sink when an unprecedented drought released 5 gigatons of CO2. This was shortly followed by another 8 gigatons in 2010 during an even more severe drought. It has been suggested that three consecutive droughts of this nature would mean a death sentence for the Amazon and create major climatological disruptions at the global scale. The Amazon is at an irreversible tipping point.

Where We Work: The Peruvian Amazon of Loreto

Tropical forests are the most species-rich biome, and tropical forests in the Americas are consistently more species-rich than the wet forests in Africa and Asia. As the largest tract of tropical rainforest in the Americas, the Amazonian rainforests have unparalleled biodiversity. One in 10 known species in the world lives in the Amazon Rainforest. This constitutes the largest collection of living plants and animal species in the world.

The region is home to about 2.5 million insect species, an estimated 150,000 species of plants, and some 2000 birds and mammals. To date, at least 40,000 plant species, 2200 fish, 1294 birds, 427 mammals, 428 amphibians, and 378 reptiles have been scientifically classified in the region. One in five of all the bird species in the world live in the rainforests of the Amazon, and one in five of the fish species live in Amazonian rivers and streams.

The biodiversity of plant species is the highest on Earth with some experts estimating that one square kilometre (247 acres) may contain more than a thousand types of trees and thousands of species of other higher plants. One square kilometre of Amazon rainforest can contain about 90,790 tons of living plants.

In addition to its vast ecological diversity and ecosystem services, the Amazon is also home to an astounding diversity of indigenous cultures (nearly 400 different groups). This too, however, is changing before our very eyes. Modernization and the influence of extractive industries have resulted in ecological devastation, poverty, corruption and cultural homogenization throughout the whole Amazon bioregion. 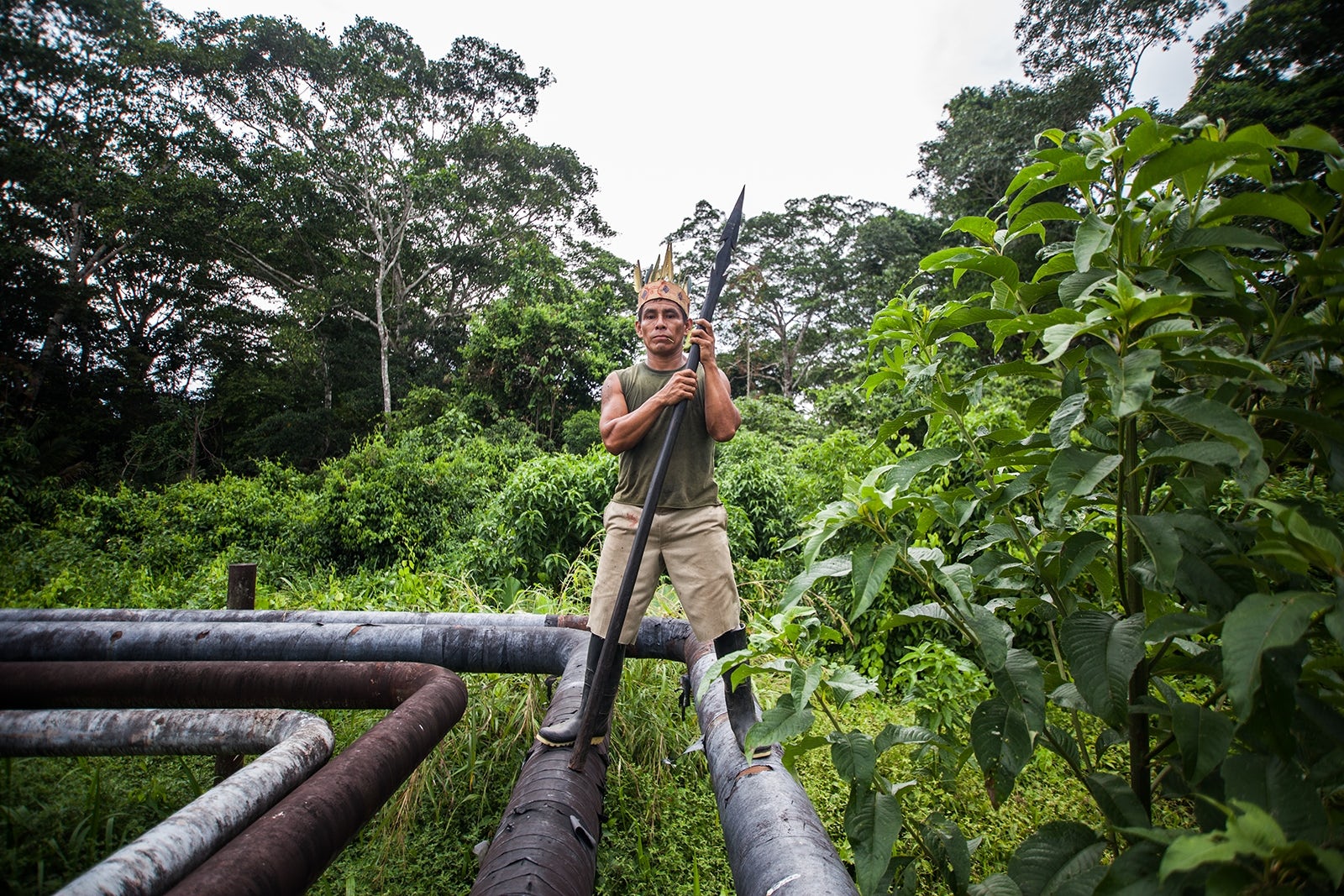 The expansion of the agro-industrial frontier, driven by the market forces of globalization, has profoundly altered the resilience of the Amazon – an eco-social system that has functioned in harmony for over 11,000 years. Those pressuring this expansion include industrial agriculture (cattle, soy, oil-palm, etc), extractive industries (oil, gas, minerals and timber), large-scale infrastructure projects (roads and hydroelectric dams) and Western culture’s homogenizing effects upon indigenous societies.

The Amazon, aside from its vital regulatory capacities, is also the source of huge quantities of natural resources. For the people of the Amazon, the rainforest is a grocery, pharmacy, hardware store, lumberyard and department store all rolled into one. Food, fuel, fiber, clothing, construction materials and medicine are all abundant in this carefully managed and mapped environment. With the loss of indigenous lands, deforestation and pollution, the traditional practices that maintain equilibrium are struggling to meet the rising challenges.

The magnitude of these converging crises can be disempowering, even immobilizing. In these most interesting of times, we are called to service to meet the greatest challenge our species has ever faced: the creation of a sustainable human civilization. It is with active hope that we must meet this challenge. After all, as environmental educator David Orr says,

“Hope is a verb with its sleeves rolled up”.

Opportunity for a New Vision

By working across our three branches of Permaculture, Intercultural Education and Human & Nature Rights, The Chaikuni Institute advances a positivistic, solutions-oriented approach, and works to empower a life-affirming movement in the Amazon and beyond.

There are eight million hectares of degraded land in the Peruvian Amazon and therein lies great opportunity. To protect the Amazon, we need to work on the reforestation frontier to increase the connectivity between remaining forest fragments, allow for the migration of species, and create a buffer around the Amazon that will increase its resilience to climate change. By guaranteeing and protecting indigenous people’s territorial rights and regenerating the landscape using Permaculture, it is possible to restore the functional and structural integrity of the ecosystem, conserve biodiversity and, simultaneously, provide abundant resources for communities of the Amazon – eliminating malnutrition, revitalizing traditional knowledge and, above all, bringing genuine and lasting life to over a billion people.

Ancient Wisdom in a Modern Age

Indigenous cultures across the globe have known for millennia the common origin of all life and therefore the interconnectedness and interdependence of people with the natural world. Since the dawn of our species, we have lived wholly immersed in the wonder of a living universe, intuitively guided and supported by the patterns and processes of nature.

Indigenous people have lived sustainably since the beginning of humankind and have passed on from generation to generation their sustainable ways of living, however with the advent of globalization, the continuous attacks on their traditional way of life, the loss of indigenous lands, deforestation and pollution, their knowledge is rapidly being lost or invalidated.

Now human beings across the planet, amidst the pressure and pace of the modern industrial-informational age, have lost contact with our instinctive knowing and deeper sense of belonging. Alienated from the natural world, our true identity and deepest nature is obscured.

However, people of all walks of life are waking up to the fact that we are not, in fact, separate from nature at all. Rather, we are beings in process, evolving in tandem with the rhythms and cycles of all life. By advancing indigenous peoples’ and nature’s rights, promoting intercultural education and working on permaculture, Chaikuni is dedicated to catalyzing an alternative and sustainable movement at large.