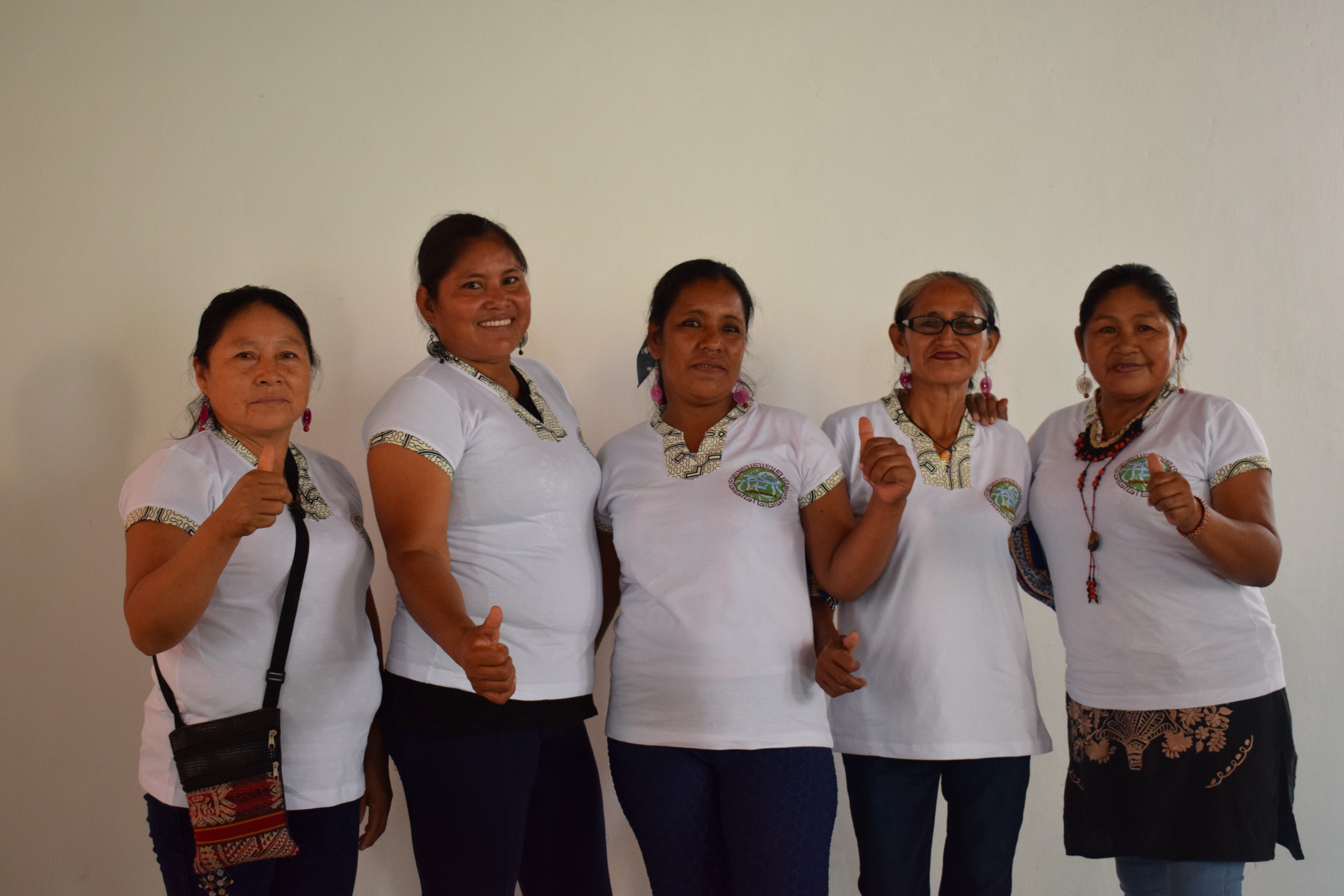 Chaikuni was at the press conference where a group of indigenous leaders presented a demand to a Peruvian court in order to declare the Marañón River as a subject of rights or legal entity. The legal claim will grant a special protection framework to the ecosystem on which indigenous and non-indigenous communities depend.

The organization of indigenous women Huaynakana Kamatahuara Kana has demand a request for defence to the Peruvian State to declare the Marañón River as a ‘legal person’ or subject of law. "Like a living being," says Mariluz Canaquiri Murayari, president of the women's organization.

Huaynakana is an organization that represents women from 28 native communities located along the Marañón River, in the northern Amazon of Peru. Although the women's group is driving the demand, it is not alone. National and international institutions provide them with legal assistance such as the Legal Defense Institute, International Rivers and the Earth Law Center.

Canadian lawyers and academics, in support of the lawsuit, have also presented a legal opinion (amicus curiae) in which they detail how in other parts of the world ecosystems have been protected thanks to a special legal protection framework. For example, we have the Whanganui River (New Zealand), where it was qualified as a subject of law and, in addition, the members of the Maori tribe were made official as its official protectors. In a similar way, Colombia proceeded with the Atrato River.

Why name a river as a subject of law?

Juan Carlos Ruiz Molleda, a lawyer from the Legal Defense Institute (IDL) and who also legally assists the Huaynakana indigenous organization, explained during the press conference that the petition not only consists of returning a subject of rights to the river, but also in other demands and rights. The first is that the petition is based on the "intrinsic value" of non-contamination to nature, in turn derived from constitutional laws to the balanced environment and also to identity.

Regarding the point referring to the identity of the Kukama and the Marañón River, Mariluz Canaquiri explains that the Marañon River has the curagua, a spirit that dignifies nature with rights as equal as human beings. “The spirit of the curagua is people. As they are people, they deserve respect. That river feeds us. Who lives without water? Nobody. In our body we have water, therefore, our river has to be healthy. It is a living being and has to be protected”, she said during the press conference.

The second point in the petition is the creation of an Interregional Basin Council, where indigenous peoples participate. The third point is associated with indigenous organizations that are part of the State's policies related to extractivism and intervention in the environment. The native communities be consulted first.

The fourth point requires the repair and maintenance of the North Peruvian Pipeline (ONP) by Petroperú. Finally, the fifth point requests the updating of the Environmental Management Instrument, which determines the concrete actions in environmental matters as far as public policies are concerned. On the last point, this is not something new in Peru. Juan Carlos Ruiz Molleda of IDL recalls that in the case of the Hidrovía, the communities in the area of ​​influence were consulted because there is jurisprudence that defends indigenous rights such as the Inter-American Commission on Human Rights (IACHR) and by Convention 169 of the International Labor Organization, to which Peru is subscribed.

Due to this situation, Monti Aguirre, from the NGO International Rivers, added that it is necessary that “the native communities know their rights. That they appropriate the Constitution”.